Home » Analysis & Comment » Opinion | Inflation Should Make Us All Vegetarians 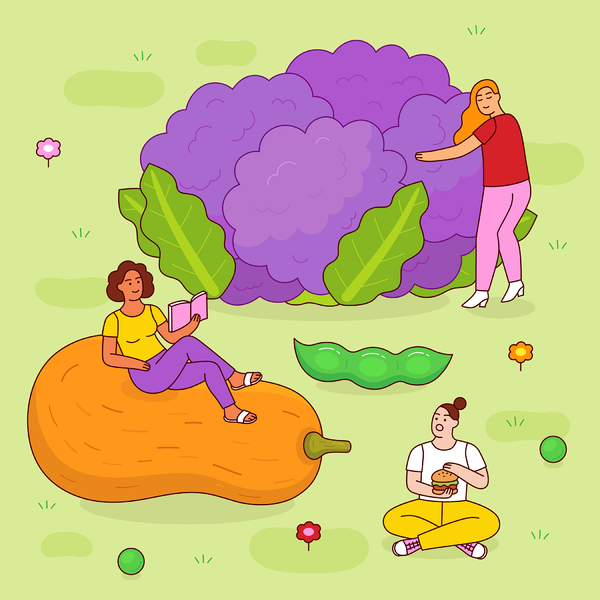 Ms. Griffin is a journalist who writes about culture, lifestyle and health.

The foods that go into Americans’ bag lunches and onto dinner plates cost 10.8 percent more today than they did this time last year. But inflation has not struck every section of the grocery store at the same rate: The price of animal products is surging.

Meat, poultry, fish and eggs now cost 14.3 percent more than they did a year ago. For a country that consumes about 274 pounds of meat per person per year, that has been a particularly bruising economic reality. If the current rate of food inflation holds, and Americans don’t change their meat consumption habits, they will spend roughly $20 billion more on meat, poultry, fish and eggs over the next year than they did in 2020.

Inflation has the potential to drive welcome change for the planet if Americans think differently about the way they eat. While hunger and food insecurity are a very real problem in the United States and globally, middle- and upper-class Americans still have more choices at the grocery store than perhaps any food shoppers in history. Climate change has motivated some to eat less resource-intensive meat and more vegetables, grains and legumes, but this movement has not reached the scale necessary to bring needed change — yet.

The price of fruits and vegetables has increased by 7.8 percent over the last year, roughly half that of meat and poultry and a bit behind dairy, which has increased by 9.1 percent. A 2021 study in Nature found that animal products produce greenhouse gases at twice the rate of foods from plants. We should be paying attention to every ton of carbon dioxide that goes into the atmosphere — the same way shoppers are watching the cost of every addition to their grocery carts.

What we eat is often cast in moral terms, whether that is diet culture erroneously claiming that willpower is the primary factor that influences body size or vegetarians arguing that eating animals is murder. Americans’ actual diets, though, tend to be dictated by financial rather than ethical considerations. One recent survey of 3,500 consumers found that while environmental concerns and animal rights would not persuade many shoppers to purchase meat substitutes more often, lower prices could.

Inflation resulting from the cost of fuel and feed, coupled with supply chain slowdowns, may make meat substitutes more affordable relative to traditional, factory-farmed meats. Locally raised, more sustainably farmed meat could also come closer to price parity with factory-farmed protein. While fresh fruits and vegetables have long been more expensive, calorie for calorie, compared to meat, the prices of peaches, kale and cucumbers are rising more slowly than chicken breasts and hanger steaks. Beans, legumes and grains like rice and farro are comparatively cheap to start with, highly nutritious, and also seeing fewer inflationary effects than meat (although wheat prices are rising astronomically).

But poorer people and those in “food deserts” may not have reliable access to fruit, vegetables and other fresh foods, and so may not be able to change their diets as readily as those with greater access to fresh food options. That means the responsibility for change falls upon those with the widest set of choices.

Historically, cost has been a powerful force that has changed Americans’ diets. Yes, people in most cultures tend to eat more meat as they grow richer. But tighter budgets have also driven reductions in meat consumption. Wartime cutbacks in the early 20th century and the inflation of the 1970s amounted to money-conscious nudges from government officials and cookbook authors that pushed diets toward plant-based eating. In 2022, it could happen again.

In 1917, months after the country entered World War I, Congress passed the Lever Food and Fuel Control Act, which granted the government sweeping power over the food supply. Helen Zoe Veit, a professor of history at Michigan State University, quotes a contemporary critic who called it the “most radical” bill ever enacted by Congress in her book “Modern Food, Moral Food.” The Lever Act allowed the government to requisition food and prevent hoarding. It also created the Food Administration, headed by Herbert Hoover, more than a decade away from his presidency, who asked Americans to commit to one wheatless and one meatless meal each day, plus a wheatless Monday, a meatless Tuesday and a porkless Saturday (the pleasant alliteration of “Meatless Monday” evidently hadn’t occurred to him).

The Lever Act came at a time when the cost of living, including food prices, had risen significantly, by about a third from 1897 to 1916. Americans might have balked at Hoover’s top-down management — he was sometimes called the “food dictator” — but they were, by and large, swayed to join the cause, not least because they were already well versed in practicing the art of thrift when it came to food. Dr. Veit points to recipe books from the era that promoted egg-free cakes and meatless casseroles as a way to save money. There was “huge cultural buy-in to the idea that collectively, we could make small sacrifices — which is how people saw giving up meat — and we’d make the sacrifices in the name of a greater good, and get something done,” Dr. Veit told me.

COMMENTARY: How the coronavirus crisis is bad news for Canada’s military budget