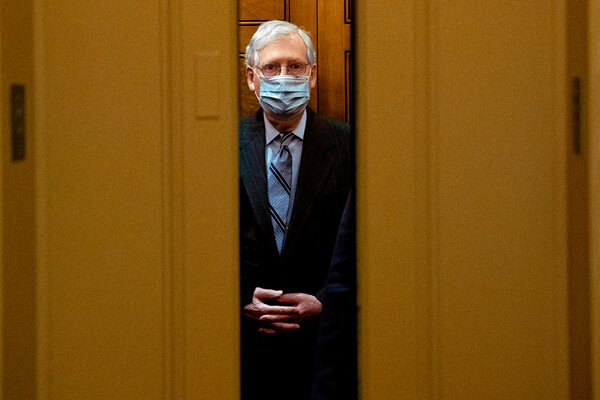 Mr. Ornstein has written more than 10 books about American politics. He convened the bipartisan group of scholars and thinkers who laid out the framework for the Bipartisan Campaign Reform Act of 2002.

Are we entering a new era of bipartisanship? On the surface, the news from Washington seems remarkably encouraging. The Senate is close to passing a $1 trillion bipartisan infrastructure bill, with $550 billion in new spending on everything from transit to highways to broadband to climate change mitigation. Political insiders are hailing the bill as a breakthrough, with the Senate poised, at last, to overcome the partisan gridlock that has ground its legislative machinery to a halt. Many thought that President Biden’s belief that he could get Republican votes was naïve, but he delivered. In a surprise, even the Senate minority leader, Mitch McConnell, voted to move the compromise to a vote.

Of course, this is the same Mitch McConnell who said of Mr. Biden, “100 percent of our focus is on stopping this new administration.” The same Mr. McConnell who made sure Donald Trump’s impeachment did not result in conviction, who filibustered the bipartisan plan for a commission to investigate the Jan. 6 violent insurrection until it died, who kept all of his Republican senators in line against the American Rescue Plan early in the Biden presidency. And the same Mr. McConnell who said that he would not confirm a Biden nominee to the Supreme Court if Republicans recaptured the Senate in 2022.

So why the reversal on infrastructure? Why dare the brickbats of Donald Trump after the former president bashed the effort and tried to kill it? Mr. McConnell has one overriding goal: regaining a majority in the Senate in 2022. Republicans must defend 20 of the 34 Senate seats up for grabs next year; there are open seats in Ohio, Pennsylvania and North Carolina; and Senator Ron Johnson, if he runs again, could easily lose his seat in Wisconsin. Attempting to block a popular infrastructure bill that later gets enacted by Democrats alone would give them all the credit. Republicans would be left with the lame defense of crowing about projects they had voted against and tried to block, something that did not work at all with the popular American Rescue Plan.

Opinion | Advice for Biden on His Cabinet