In Texas’ new political map, the 13th Congressional District stretches about 450 miles from Denton, a fast-growing, multiracial city near Dallas, to sparsely populated rural towns along the western border of the state’s panhandle.Credit…

Mr. Wegman is a member of the editorial board. Mr. Winter is a staff photographer on assignment in Opinion.

The downtown of Denton, Texas, a city of about 150,000 people and two large universities just north of Dallas, exudes the energy of a fast-growing place with a sizable student population: There’s a vibrant independent music scene, museums and public art exhibits, beer gardens, a surfeit of upscale dining options, a weekly queer variety show. The city is also racially and ethnically diverse: More than 45 percent of residents identify as Latino, Black, Asian or multiracial. There aren’t too many places in Texas where you can encounter Muslim students praying on a busy downtown sidewalk, but Denton is one of them. 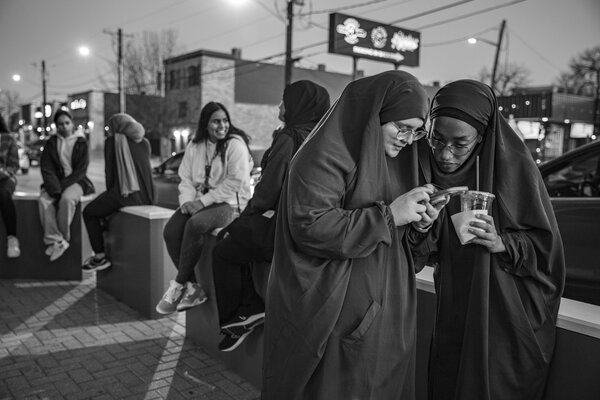 Drive about seven hours northwest of Denton’s city center and you hit Texline, a flat, treeless square of a town tucked in the corner of the state on the New Mexico border. Cow pastures and wind turbines seem to stretch to the horizon. Texline’s downtown has a couple diners, a gas station, a hardware store and not much else; its largely white population is roughly 460 people and shrinking.

It would be hard to pick two places more different from one another than Denton and Texline — and yet thanks to the latest round of gerrymandering by Texas’ Republican-dominated Legislature, both are now part of the same congressional district: the 13th, represented by one man, Ronny Jackson. Mr. Jackson, the former White House physician, ran for his seat in 2020 as a hard-right Republican. It turned out to be a good fit for Texas-13, where he won with almost 80 percent of the vote. 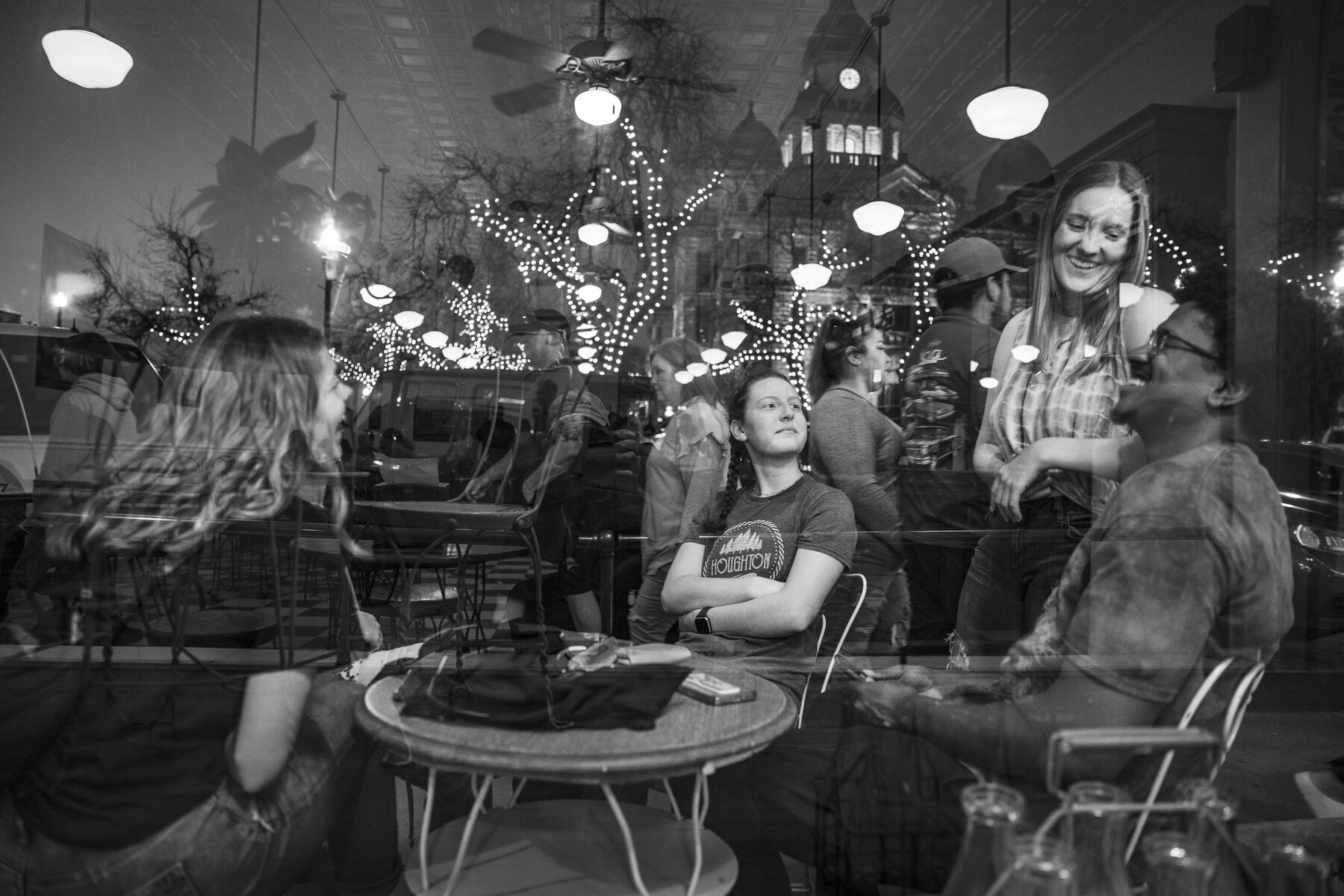 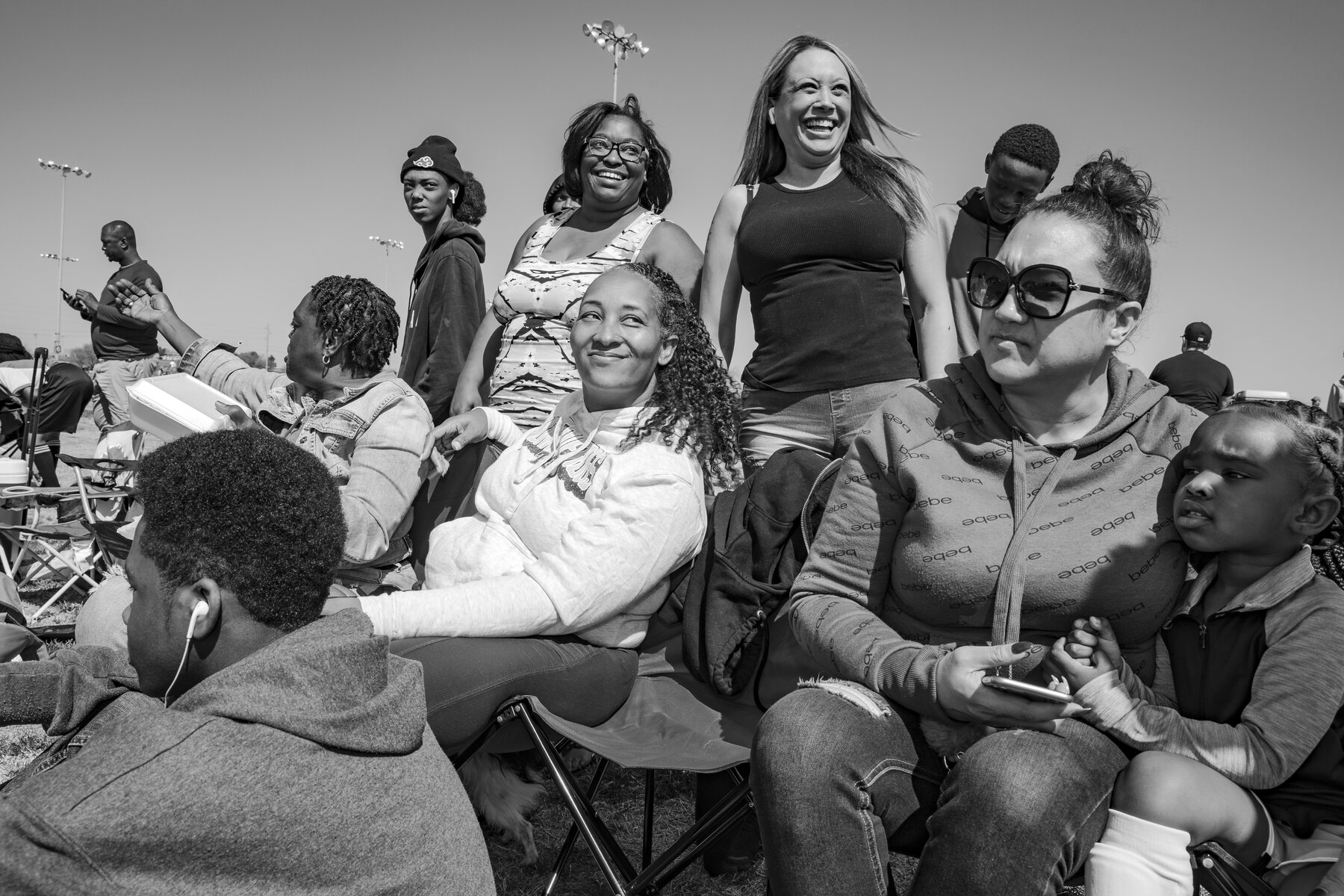 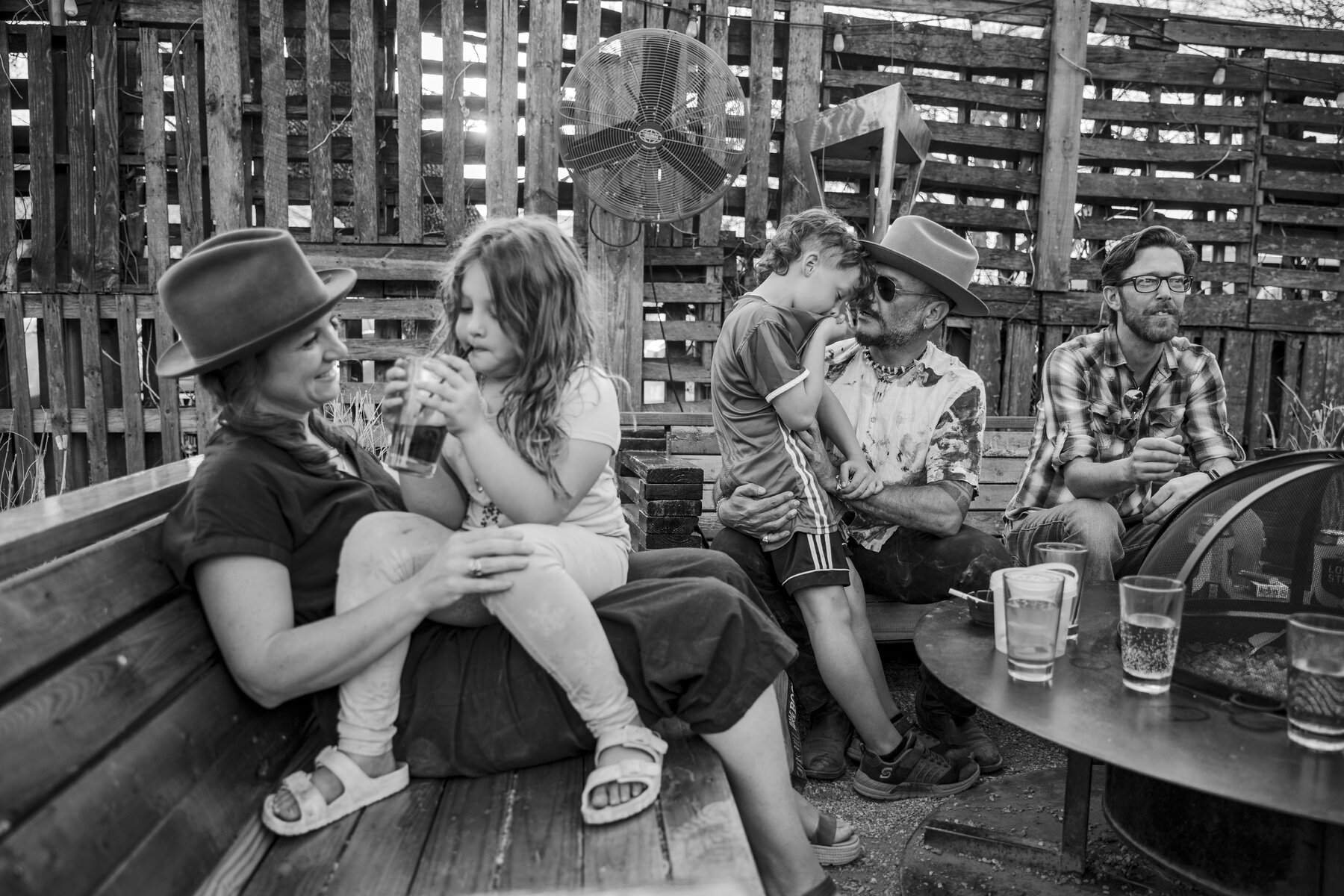 Denton’s bustling downtown square is a gathering point for the city’s diverse population.

The city’s soccer facilities provide meeting grounds for families from all walks of life.

Enjoying live music is a multigenerational undertaking, as the Rojas family did one afternoon at a performance of Latin funk at Harvest House.

This was before the 2020 census was completed and Congress reapportioned, which gave the Texas delegation two more seats for its growing population, for a total of 38. State Republicans, who control the governor’s office and both houses of the Legislature, were free to redraw their district lines pretty much however they pleased. They used that power primarily to tighten their grip on existing Republican seats rather than create new ones, as they had in the 2010 cycle. In the process, they managed to squelch the political voice of many nonwhite Texans, who accounted for 95 percent of the state’s growth over the last decade yet got not a single new district that would give them the opportunity to elect a representative of their choice.

Denton offers a good example of how this played out. Under the old maps, downtown Denton, where the universities lie, was part of the 26th District — a Republican-majority district, but considerably more competitive than the 13th. If Texas politics continue to move left as they have in recent years, the 26th District could have become a tossup. The liberal residents of Denton could have had the chance to elect to Congress a representative of their choosing.

Now that the downtown has been absorbed into the 13th District and yoked to the conservative Texas panhandle, however, they might as well be invisible. Even with the addition of all those younger and more liberal voters, the 13th remains a right-wing fortress, with a 45-point Republican lean, according to an analysis by the website FiveThirtyEight. (The redrawn 26th District, meanwhile, will likely become a few points more Republican in the absence of Denton’s downtown.)

This is the harm of partisan gerrymanders: Partisan politicians draw lines in order to distribute their voters more efficiently, ensuring they can win the most seats with the fewest votes. They shore up their strongholds and help eliminate any meaningful electoral competition. It’s the opposite of how representative democracy is supposed to work.

How is it supposed to work? Politicians are elected freely by voters, and they serve at the pleasure of those voters, who can throw them out if they believe they aren’t doing a good job. Partisan gerrymanders upend that process. Politicians redraw lines to win their seats regardless of whether most voters want them to; in closely fought states like Wisconsin and North Carolina, Republicans drew themselves into control of the legislatures even when Democrats won a majority of votes statewide.

When these gerrymanders become the norm, as they have in the absence of meaningful checks, they silence the voices of millions of Americans, leading people to believe they have little or no power to choose their representatives. This helps increase the influence of the political extremes. It makes bipartisan compromise all but impossible and creates a vicious circle in which the most moderate candidates are the least likely to run or be elected.

Texas Republicans have been especially ruthless at playing this game, but they’re far from alone. Their counterparts in Wisconsin, North Carolina, Florida, Ohio, Pennsylvania and Kansas have taken similar approaches to stack the deck against Democrats. Democrats have likewise gone on offense in states where they control mapmaking, such as in Illinois and Oregon, where lawmakers drew maps for 2022 that effectively erased swathes of Republicans.