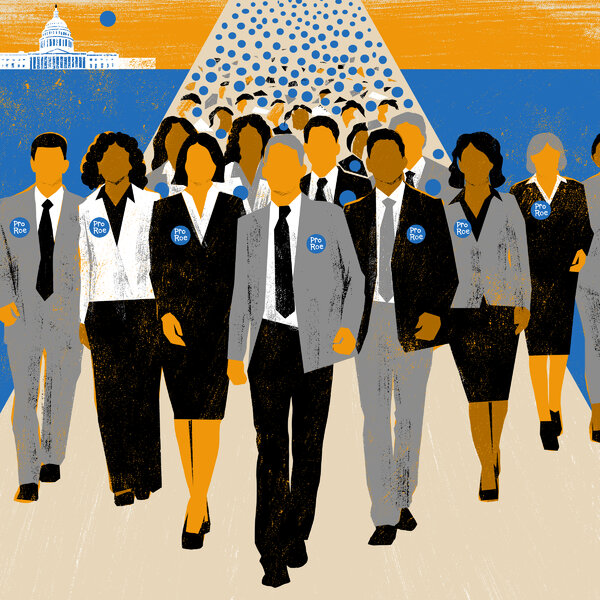 Mr. Marshall has covered politics and elections for 25 years.

Democrats hope to make November’s midterm elections a referendum on Roe v. Wade, the linchpin decision upholding abortion rights, which the Supreme Court is almost certain to strike down this summer. That strategy makes sense. Polls show that roughly two in three Americans oppose overturning Roe and almost 60 percent support passing a bill to set Roe’s protections in a federal law. What’s more, polls showed a rising number of voters listing abortion as their top midterm issue after news of Roe’s imminent demise leaked in the form of a draft court opinion published by Politico.

Unfortunately, their current plan is almost sure to fail.

After the Democrats came up with just 49 votes to bring a Roe-protecting bill before the Senate on May 11, they promised to keep fighting and, in the words of Senator Amy Klobuchar, “take that fight right to the ballot box” in November. But you can’t make an election into a referendum on an issue if you can’t point to anything winning the election would accomplish. To make the 2022 elections a referendum on Roe, Democrats have to put protecting Roe and abortion rights on the table.

Here’s one way to do that: get clear public commitments from every Senate Democrat (and candidate for Senate) not only to vote for the Roe bill in January 2023 but also to change the filibuster rules to ensure that a majority vote would actually pass the bill and send it to the White House for the president’s signature.

At present, there are likely 48 Senate Democrats who can make that pledge. Senators Joe Manchin and Kyrsten Sinema are dead set against any changes to the filibuster — a fact you likely know because most of President Biden’s agenda has been bottled up behind their refusal for the past year. Some claim that Senators Manchin and Sinema are just taking the public heat for a number of other Senate Democrats who are also unwilling to change the filibuster rules. That’s highly unlikely. But if any do have misgivings, that’s why the public commitments are so important. Getting a list of holdouts down to a publicly named handful is the first step to persuading them to fall in line.

If my math is right and there are 48 Senate Democrats ready to make that pledge, they need two additional Democratic senators in the next Congress. And that is the party’s message that makes the 2022 midterms a referendum on Roe: “Give us the House and two more senators, and we will make Roe law in January 2023.”

Opinion | When Will We Throw Our Masks Away? I Asked Dr. Fauci