I last saw my old professor Abduqadir Jalalidin at his Urumqi apartment in late 2016. Over home-pulled laghman noodles and a couple of bottles of Chinese liquor, we talked and laughed about everything from Uighur literature to American politics. Several years earlier, when I had defended my master’s thesis on Uighur poetry, Jalalidin, himself a famous poet, had sat across from me and asked hard questions. Now we were just friends.

It was a memorable evening, one I’ve thought about many times since learning in early 2018 that Jalalidin had been sent, along with more than a million other Uighurs, to China’s internment camps.

As with my other friends and colleagues who have disappeared into this vast, secretive gulag, months stretched into years with no word from Jalalidin. And then, late this summer, the silence broke. Even in the camps, I learned, my old professor had continued writing poetry. Other inmates had committed his new poems to memory and had managed to transmit one of them beyond the camp gates. 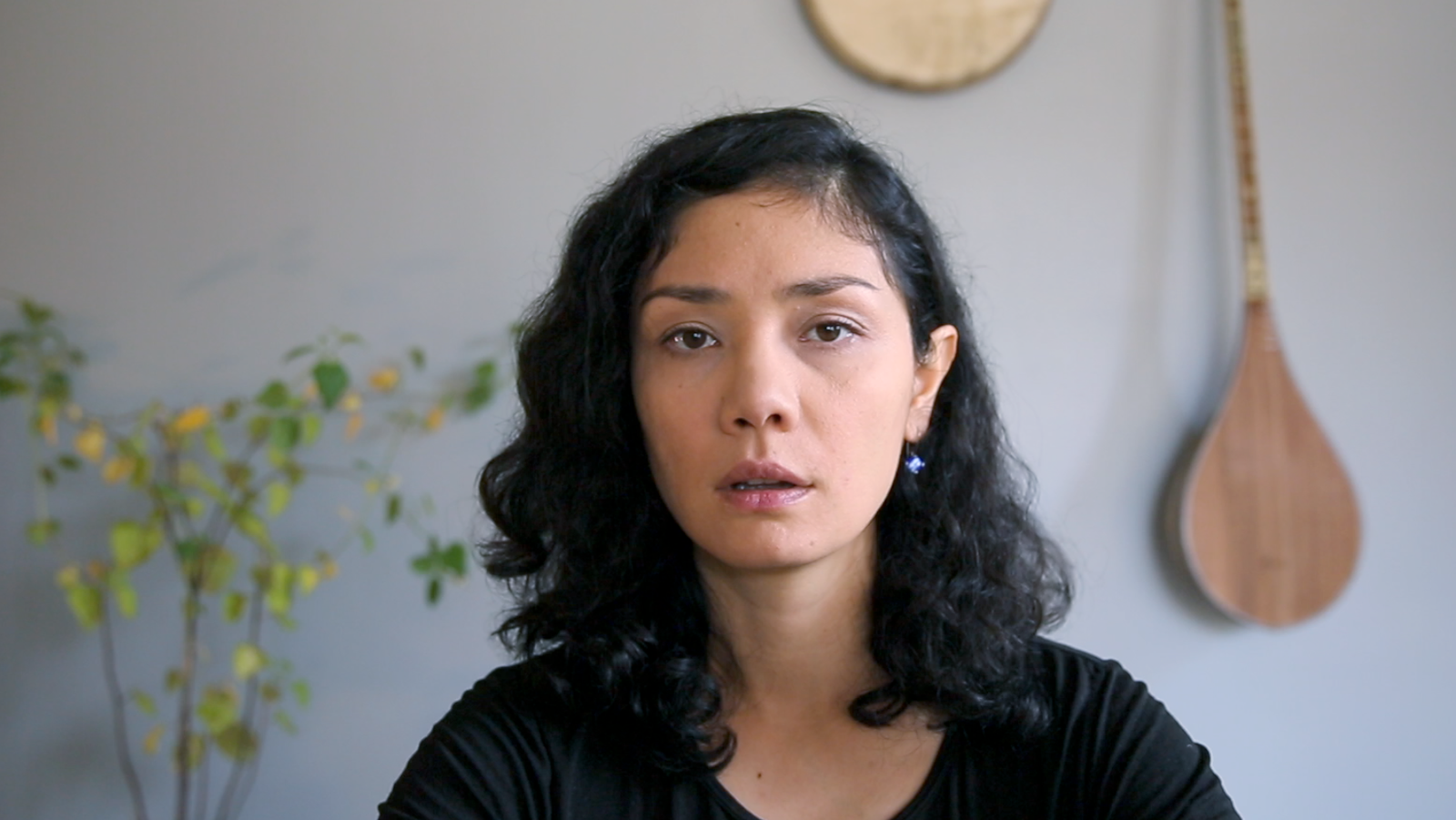 In this forgotten place I have no lover’s touch
Each night brings darker dreams, I have no amulet
My life is all I ask, I have no other thirst
These silent thoughts torment, I have no way to hope

Who I once was, what I’ve become, I cannot know
Who could I tell my heart’s desires, I cannot say
My love, the temper of the fates I cannot guess
I long to go to you, I have no strength to move

Through cracks and crevices I’ve watched the seasons change
For news of you I’ve looked in vain to buds and flowers
To the marrow of my bones I’ve ached to be with you
What road led here, why do I have no road back home

Jalalidin’s poem is powerful testimony to a continuing catastrophe in China’s Xinjiang Uighur Autonomous Region. Since 2017, the Chinese state has swept a growing proportion of its Uighur population, along with other Muslim minorities, into an expanding system of camps, prisons and forced labor facilities. A mass sterilization campaign has targeted Uighur women, and the discovery of a multi-ton shipment of human hair from the region, most likely originating from the camps, evokes humanity’s darkest hours.

But my professor’s poem is also testimony to Uighurs’ unique use of poetry as a means of communal survival. Against overwhelming state violence, one might imagine that poetry would offer little recourse. Yet for many Uighurs — including those who risked sharing Jalalidin’s poem — poetry has a power and importance inconceivable in the American context.

Poetry permeates Uighur life. Influential cultural figures are often poets, and Uighurs of all backgrounds write poetry. Folk rhymes pepper everyday conversation — popular wisdom like “Don’t forget about your roots / keep the shine on your old boots” — and social media pulses with fresh verse on topics from unemployment to language preservation. Every Uighur knows the words of the poet Abdukhaliq, martyred by a Chinese warlord in 1933: “Awaken, poor Uighur, you’ve slept long enough…”

Uighurs have lived for a millennium at the crossroads of Eurasian civilizations, and their poetry draws on the artful concision of Turkic oral verse, the intricate meters of Persian poetry, and modernist currents from Europe, the Arab world and China. Oral and written forms intermingle in the work of contemporary Uighur poets like Adil Tuniyaz, while genres range from the classicism of my professor’s camp poem to the avant-garde iconoclasm of the Nothingist poets. (“A poem flies with the lonely owls that grant gloomy beauty to the night,” declared the exuberantly inscrutable 2009 Nothingism Manifesto.)

For generations, this vibrant poetic culture has allowed Uighurs to hone verse into a source of communal strength against colonization and repression. We can look back to the 19th century for an example: Sadir Palwan, a resistance fighter against the Qing empire, galvanized anti-imperial sentiment with the folk poems he spread by word of mouth. Imprisoned time and again, Sadir spun verses from his cell and during his multiple escapes, often bitterly satirizing the colonial authorities. “On the road to Küre, did your carriage break down, Magistrate? Having captured Sadir, is your heart content now, Magistrate?”

A century later, during the Cultural Revolution of 1966-1976, when Uighur writers were imprisoned and their books burned, folk poets sustained their art by memory and word of mouth. Their work was instrumental in reviving Uighur culture in the 1980s, as large audiences once again gathered to hear their epic poems.

In the 2000s, Uighur anthropologist Rahile Dawut began recording these documents of collective memory, which provide grassroots perspectives on local history. In the Qumul region of eastern Xinjiang, for example, Dawut recorded an epic recounting a 17th-century insurrection against the Zunghar Mongols following their bloody conquest of Qumul. “Listen as I share the past,” sang a well-known Qumul folk poet before narrating the tragic story of Yachibeg, who led the rebellion to a string of victories before a local official betrayed him.

Dawut celebrated the richness and vitality of Uighur culture while remaining keenly aware of the pressures it continued to face. “Every time I went off on fieldwork,” she noted in a 2010 essay, “I would return from the ‘living museum’ of the people determined to gather even more material. Sadly, by the time I went back, these materials would be gone,” as local officials obstructed the performance and transmission of oral poetry. Dawut herself is now gone, detained since late 2017 along with many of Xinjiang University’s other Uighur professors.

Today, as the Chinese state bans Uighur books and paves over Muslim graveyards, poetry remains a powerful form of persistence and resistance for the Uighur people. Uighurs around the world are turning to poetry to grapple with the calamity in their homeland. “The target on my forehead / could not bring me to my knees,” wrote the exile poet Tahir Hamut Izgil from Washington in 2018.

Even as intellectuals in the Uighur diaspora chronicle the atrocities, most prominent Uighur intellectuals in Xinjiang — liberals and conservatives, devout Muslims and agnostics, party supporters and party critics — have already vanished into the camps as China escalates its campaign to extinguish Uighur identity.

But identity is a stubborn thing, as Uighur poet and novelist Perhat Tursun asserted in a well-known poem beginning with these defiant lines:

For months after Tursun first posted this poem online over a decade ago, friends of mine in Urumqi would quote snatches of it by heart. In early 2018, as China’s purge of Uighur intellectuals widened, Tursun was sent to the camps. Yet his voice still reverberates: As I was writing this, I saw that a diaspora Uighur activist had posted Tursun’s poem to social media, where it continues to circulate widely.

The world has much to learn from a culture that has made art its antidote to authoritarianism. From behind the barbed wire and guard towers, my old professor has reminded us that we must not stand silently while that culture is annihilated.

Joshua L. Freeman is a historian of China and Inner Asia and is currently a Cotsen postdoctoral fellow at the Princeton Society of Fellows. For more of his translations of Uighur poetry, find him on Twitter @jlfreeman6.

Opinion | Should Rare Side Effects Halt Use of a Vaccine?