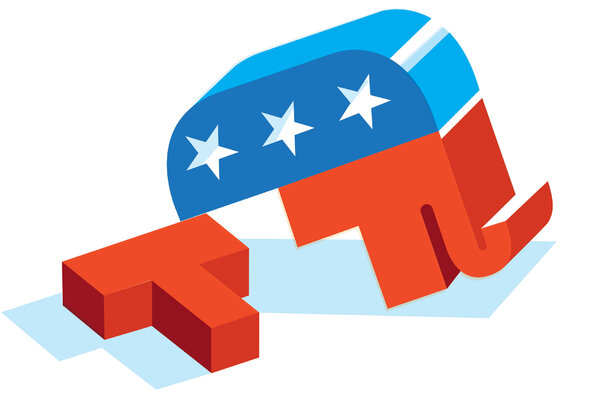 I agree that a Trump-centric third party would likely draw enough votes to ensure continuing Democratic control of the House of Representatives and the presidency. I believe that would be a positive outcome. However, Donald Trump, together with his loyalists, would soon figure that out. And Mr. Trump’s party already exists — the current Republican Party.

If Mr. Trump is egotistic enough (a given) to form his own party, isn’t it more than likely that, at a minimum, the 197 representatives and 43 senators who voted to derail his impeachment trial on specious constitutional grounds would immediately switch their registrations to the new Trump party?

Even if they didn’t, what makes sense in this fraught environment is for the minority of current moderate Republican officeholders with a modicum of integrity, courage and patriotism to re-register as conservative independents. They could leverage the votes of what would be a small but significant bloc in a closely divided House and evenly divided Senate to influence, and hopefully produce, rational and bipartisan legislation. They could also provide a continuing check on the growing extremism of current Republicans.

Thank you for your explanation, Mr. Tomasky. But shhhh, let’s keep this info to ourselves. Better that Donald Trump goes ahead with his Patriot Party, and as you say “it would be what the Republicans so richly deserve” and “make Democratic dominance much more likely.” Let’s do all we can to encourage this latest lamebrain idea from the narcissist.

Shortsighted on a Death Penalty Case

There is something deeply troubling about the State of Tennessee’s position that “attacks on criminal judgments end with the death of the prisoner.” How can the proposed introduction of new and relevant information be construed as an attack?

Human beings make mistakes, and those who have made them often seek to conceal them. It is up to the adults in the room — or in the society — to ensure that our systems of justice allow for continuing investigations. Otherwise, we all become complicit in a make-believe world in which the voices of those we kill are silenced forever.